Philadelphia, Pennsylvania is known as the cradle of liberty and home of the Liberty Bell, the iconic symbol of our country’s freedom. It is also a city of medical firsts and the only UNESCO World Heritage City in the United States.

As the second largest city on the East Coast and the fifth largest in the United States, Philadelphia is within a 200-mile reach of over 46 million people. It lies less than two hours from New York City and Washington, D.C. via Amtrak’s Acela Express. Amtrak’s 30th Street Station is the third-busiest train station in our nation, and Market East regional rail station is linked to the city’s center. Philadelphia International Airport sits just south of town and is easily accessible for hotel-to-airport transfers by ETS.

With a compact downtown area, everything is close by, including world-class shopping, nightlife, culture, dining and thousands of hotel rooms. Even though Philadelphia is a vibrant and bustling city, it retains its genuine charm and warmth. Getting around Philadelphia is easy with Event Transportation Systems’ experienced drivers who know the best routes and times of day to maneuver through the sometimes-busy metropolitan areas. 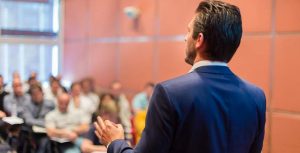 Philadelphia’s state-of-the-art Pennsylvania Convention Center, an architectural gem located in the heart of the city and boasts the largest ballroom on the East Coast. Following a major expansion in 2011 that increased capacity by nearly 60 percent, it has consistently hosted successful meetings, conventions and trade shows. It now offers more than one million square feet of saleable space, 82 meeting rooms and two ballrooms. It is the only convention center to earn the prestigious National Association of Culinary Executives Award.

Although Philadelphia is famous for its Philly cheesesteaks, it is also home to Iron Chefs Jose Garces and Masaharu Morimoto, and Top Chefs Kevin Sbraga and Nicholas Elmi, along with a wide variety of regional and global cuisines.

Nearby landmarks include Independence Hall in America’s most historic square mile, Chinatown, and bustling Rittenhouse Square. Not far away are Museum Mile and the Reading Terminal Market offering regional and international food.

To enhance your attendees’ experience, our division Newsday Communications can provide shuttle bus graphics and video production services that help you generate awareness of exhibitor products and services and sponsorship revenue.