One of the busiest American cities for conventions and conferences, Orlando, Florida is always reinventing itself in new and creative ways to provide fresh excitement. Meetings can be held here any time of the year. Orlando offers a two-season climate with more than 300 days of sunshine each year. It is hot from May until September, and dry and cool from late October through April.

Located in mid-state Florida, and the state’s largest inland city, Orlando is known as “The Theme Park Capital of the World,” drawing more than 62 million tourists in 2014. It is home to seven of the top 10 theme parts in the world, including Walt Disney World, Universal Studios Florida, SeaWorld, Gatorland and Wet ‘n Wild.

Orlando International Airport is located six miles southeast of town and is the second-busiest airport in Florida, offering more than 100 domestic and international flights daily. It is a major international gateway airport for the mid-Florida region and a focus city for Frontier Airlines, Southwest Airlines and JetBlue Airways.

The Orange County Convention Center (OCCC) is the nation’s second-largest facility, providing 2.1 million square feet of exhibition space in two separate buildings, 74 meeting rooms with 235 breakouts, three full-service restaurants and eight food courts. One of its greatest innovations is its rooftop system that generates power by collecting solar energy, providing 12% of the annual electrical needs. Over the next five years, the OCCC will receive a $187-million face lift.

The OCCC was recently selected as the best meeting facility in the country by Business Review USA, and is host to 40% of the top medical meetings. 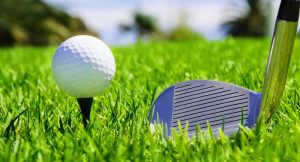 Professional transportation during your convention or meeting is one of the most essential elements for meeting success, and at Event Transportation Systems, it is our main business. Rely on us for airport transfers, event shuttles, and VIP and executive transportation in and around Orlando in our safe and efficient vehicles.

We can also assist with convention marketing, providing bus banner ads, video and television services, among the options available from Newsday Communications to help brand and promote your event.

When planning your meeting, trade show, or convention in Orlando, Contact ETS.