Perhaps no other city in the southern United States is easier to get to for conventions and conferences than Atlanta, Georgia. In fact, over 80% of the U.S. population is located within a two-hour flight of Atlanta’s Hartsfield-Jackson International Airport, the world’s busiest airport based on overall passenger traffic (domestic and international).

Leaving the airport is easy, with direct public transportation from the airport via MARTA to many downtown or outlying destinations via a well-planned freeway system. Major event centers and hotels are never far away. For your event, rely on Event Transportation Systems (ETS) to plan and execute your shuttle transportation, airport transfers, executive transportation and shuttle advertising services (available through Newsday Communications).

One of Atlanta’s unique features is its compact and walkable downtown core convention and entertainment district. Located around Georgia World Congress Center and Centennial Olympic Park are event spaces, award-winning restaurants and the city’s largest concentration of convention hotels, with more than 10,000 hotel rooms within walking distance.

Sites abound for offsite events, including the Westin Peachtree Plaza with its rooftop Sundial offering incredible skyline views (it recently underwent a $70 million transformation), the High Museum of Art, the Fernbank Museum of Natural History or the Atlanta Botanical Garden. 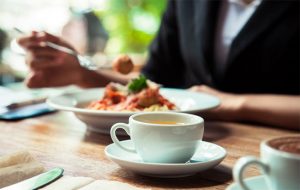 Atlanta’s award-winning restaurant scene reinvents Southern Style. Here, 54 Atlanta chefs have been semifinalists for the coveted James Beard Awards. Twenty-three restaurants are found in the Convention District alone, with dozens more in the nearby Buckhead, Midtown, Inman Park and Virginia Highland & Poncey Highland neighborhoods. A total of 91 restaurants are located within a one-mile radius of downtown conventions.

As an “alpha city” or global city, the metro Atlanta area has grown to nearly 6 million people. The local saying, “It takes an hour to get anywhere in Atlanta” is sometimes true, but ETS has a distinct advantage over other transportation services.

ETS has been navigating and planning transportation for meetings in Atlanta for many years. Our operations staff are very knowledgeable about the local neighborhoods and know how to plan the most efficient routes to move meeting attendees between venues and hotels.

Having a local expert as part of an overall event plan is critical to success, and ETS provides experts in transportation who are always on top of new traffic patterns, other local events, new city ordinances, and anything else that might impact the transportation plan . You benefit from our experience in this city.

Consider ETS your resource for event transportation in Atlanta. Call ETS at 888 447 4387 or fill out our Contact Us form so we can help you with your transportation planning.